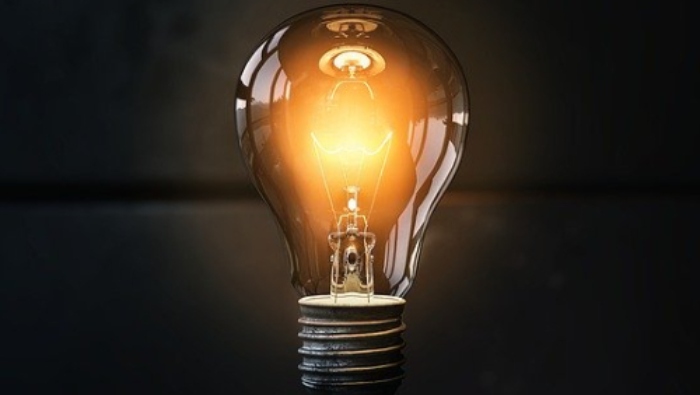 I was in college when the Great Recession was happening.  There was economic turmoil, and it was inescapable.  Though we certainly were not in a depression, as a country, things were still really bad.

People lost their jobs, their homes, and investments.  I remember watching the news on TV in the dorm lounge trying to make sense of it all.

The reporters were talking about the Occupy Wall Street movement, and about how people so many people, “the 99%” were upset with the big banks and super wealthy, for a variety of reasons.  Ultimately, I think these symptoms of unrest are just one manifestation of things that have been brewing in our country for years.  Economic inequality has crept its way into the fabric of American culture, and the recession exposed its growing presence.

Watching all of this as an eighteen year old made me think about the economy for the first time in my life.  I grew up in a stable home, and, though were certainly weren’t wealthy, we never wanted for any of the basics of a “typical” American life.

Seeing all of these people on TV did something to me though.  Looking back, it kind of shook me.  Here were people walking up and down New York’s streets, chanting and making it known how upset they were because they felt a sense of injustice.

Though I was encapsulated in the bubble of college life at this time, a seed was planted in my subconscious.  A seed that economic dependence was something I never wanted to feel…and that I would do anything to avoid it.

Throughout college, my experience with money was very limited during the semester months.  I worked a job at the dorm sorting mail and checking guests in at the front desk, which paid about $8/hour.  I managed to work enough hours to have just enough spending money for the week – doing things like going to the movies with my girlfriend or buying some food on campus.

It was during my summer internships that I first got a taste of what it would actually be like to be a working, independent adult.  Some of the jobs I held over the summer (and winter!) breaks were unpaid or paid very little, where I ended up just living at home or with a family member.  For two summers I worked at a paint company across the street from my parent’s house doing clerical work.  Though I didn’t know much about spending or saving, at the recommendation of one of my managers, I saved up all I could and bought a brand new Macbook Pro for school, which turned out to be the single best purchase I made during my college years.

It was when I got a little more experience and had some better opportunities come my way where I really started to feel independence.  One summer, I had a job in a small New Hampshire town.  Through a family friend, I was able to stay with a very nice family who happened to live in that town and had a room in their house to rent out.

Not only was this family very generous with the amount of rent they charged – I think it was only $1,000 for the entire summer! – but they lent me one of their family’s bicycles so I could ride it to work as well.  I got to experience the quiet and beauty of small-town life in New Hampshire while making $16/hour (wow!) all while having almost no expenses.

It was after my junior year that I got a really cool internship working for a small but fast growing company down in San Antonio, Texas.  Now, at the time I had made friends with a student in college who was a few years older than me and had more experience with job hunting.  He really helped me out by teaching me some basic negotiation skills.

I had just managed to get my driver’s license in the nick of time to start the new job (though that’s another story for another day), and in addition to my salary I had successfully negotiated the use of a company car!  This ended up being critical because in Texas, riding your bike to work isn’t really an option in most cases…it’s a big place that is not designed for pedestrians or cyclists.

Though my hourly rate was lower than my previous job the summer before up in New Hampshire, the fact that I had a car to drive and that I was in a lower cost of living area made it completely worth it.  It was around this time that Drake dropped a song called Dreams Money Can Buy.  Yeah.  I felt that like that.

By this point in time I had successfully convinced my girlfriend to become my fiance (say what!), and she and I painted the town red.  I remember feeling such a sense of freedom – I had a nice place to live (had a few roommates that kept the lease at $500/month), a car to drive (only had to pay for gas), the person I cared most about with me to hang out with, and I had virtually no other expenses.

Money can’t buy happiness but it sure bought me a great sense of independence that summer.  It was the first time we ever really ate out at restaurants on a regular basis, the first time I consistently was able to explore new areas of town, and in general just the first time I felt like I could really do what I wanted with a good portion of my time.

Around my senior year, shortly after I discovered the David Bach book that introduced me to the concept of compound interest, I began thinking even more about my finances.  I realized how woefully unprepared I was to manage my own money – I had never had much personally.  Most of the money I had that I earned from working summer jobs or at the desk in the dorm room went to basic living expenses, buying a new computer for school, or contributing to my tuition.  I had begun to feel the freedom that money can give as far as spending it – but that was only one money lesson that I needed to know.

With David Bach I knew that I had learned that investing was critical.  I decided that the first day of my first full time job I would sign up for the company’s 401(k) plan and save a solid percentage of my salary right away.

Time passed, my wife and I graduated, and we moved to Missouri.  During the first day of my job, I did just that.  I opened up my 401(k), though honestly I had very little idea what I was actually investing in.  It just seemed like a good mixture of funds, but I didn’t really know what kind of investments they held.

After moving into our first apartment and getting married, my wife and I realized we had a spending problem.  By drastically changing our habits and getting on the same page, we made a lot of progress in our finances, and our relationship changed for the better as well.

We had the basics of budgeting down and knew that the next few years would be focused on setting up our lives – namely paying for our wedding and buying a home.  Even with these medium range goals in mind, I couldn’t help but wonder if there was a greater purpose to saving money than just having it around to pay for day to day expenses, or the occasional larger expense.

As things started to stabilize, I started thinking more – thinking bigger.  I thought back to just a few years prior when everyone had watched the economy collapse on national television.  With a little more knowledge, a new sense of empowerment, and my first few checks under my belt, I began to think – what more do I need to learn?  How do I invest?  How do I not become like those people on TV….in fact how do I do the opposite and become the 1%?  Who are the 1% anyway?

After searching online to try to learn more about the answers to these questions, I came across this blog, by a man named Joshua Kennon.  Through his writing, I was introduced to many things, but the most important was the concept of financial independence.  It was the idea that if you had enough money, and you invested it wisely, you would be able to live off of your assets and not have to worry about working for a living.  You could then allocate your time to whatever you deemed as your purpose in life, based on your unique talents and temperament.

Discovering this concept was a fundamental shift in my mindset.  It was then that I realized that those people at the economic top of society – the one percenters – were not there because they simply had higher paying jobs and earned higher salaries than the rest of us, but because they owned assets that increased their wealth and income with minimal incremental effort.

It is a mindset that will stay with me for the rest of my life.  With this foundation, my subconscious began to ask even more questions, which led to even more discoveries.